But every once in a while, especially when I see something of myself or Cam reflected back from them in flawless mirror image, my mind flits across whimsical images. Sometimes, it’s the three fairies from Sleeping Beauty, hovering over their cradles and bestowing gifts. And sometimes, more magical in its own way for being true, I imagine those tiny coded zippers–unfurling, melding pieces of each of us into someone new and unique but so familiar, then coiling again, before doing a little do-si-do and starting the whole thing over again, in the blink of an eye. Amazing, but frankly, it hurts my head a little to contemplate it all.

Of the two boys, Griffin definitely looks more like me, or more correctly, my little brother–he certainly got his uncles’ engineering skills and sheer cussedness from both sides of the family. Connor’s a bit more of a mystery–his looks are changing so much every year–but there’s definitely something of his Auntie Fi in his smile and stubborn little chin. Not to mention his big, enormous head, an inheritance from his father which I had not truly contemplated until hour three of pushing at Connor’s birth.

Personality traits are much easier to spot and attribute. Cam and I are a lot alike, and were as children, and we’d like to think we’ve had a big influence on them as they’ve grown too, so it’s no surprise that both boys are voracious readers–Connor loves adventure stories, comics, and technical manuals; Griffin is my non-fiction kid, and I think we’ve read every book about animals and weather that our local library has. They’re also imaginative storytellers, and immerse themselves in roleplay that folds together Star Wars, Indiana Jones, Doctor Who, James Bond, the Marvel and DC universes, and a host of other settings in what we affectionately call “the Connorverse.” We’re fortunate that Griffin inherited my appreciation for villains; he’s not stuck as the droid, like I always made my sister, to her everlasting bitterness. And of course, there are the senses of humor, as abundantly demonstrated in the last post; like their parents, they riff from the absurd to word play to cultural references and back to the zany again.

Other gifts are more obviously from one or the other of us. To our great relief, both boys inherited my iron stomach for travel–no Dramamine for us, we’ll be here in the back seat, reading quietly through long car trips. Their talent and enjoyment for video games, though, that’s all their dad (and uncles). Connor inherited his father’s ability to produce vast quantities of heat from an internal nuclear reactor. Griffin, much to my chagrin, seems to have inherited my anti-authoritarian streak.

But then there are the gifts that aren’t really gifts, the things that show up that fill you up with regret when they surface in your child. Cam felt horrible the day we learned that Connor needed glasses, much worse than Connor did, in fact. And the first time Connor had a stretch of insomnia, I actually apologized to him for setting that little timebomb in his DNA. The Asperger’s, too, was an unwelcome complication from me and my family, though the relief at understanding what was going on with Connor offset any grief at the diagnosis. Griffin, too, has some sensory issues in common with Connor and me, but so far, no sign of being too far off the neurotypical end of the spectrum.

This has been a weird month for our family. While we’re overjoyed at the release of Marvel Heroic Roleplaying, and the attendant acclaim and delight, even good stress can be very stressful. Then I had my sudden pancreatic mutiny that landed me unexpectedly in the hospital for almost a week, and recovering from surgery for another week after that. Whatever the combination of factors, Connor hasn’t reacted well, and the deepest stretch of depression in almost two years has laid him low. He’s so fragile and off-balance: little things he could normally roll with knock him down into the trenches, and those troughs are so much deeper and hard to escape than even the usual lows that are common among Aspies. We’ve had several violent (toward himself and objects, not anyone else) meltdowns at school, as well as a hair trigger temper toward his brother and more insomnia. Yesterday’s major event, to my furious frustration, was brought on by a teacher who didn’t follow Connor’s IEP, which lets him go to a safe place when he’s overwhelmed at school, and told him that he needed to “stop being a baby” and stay, or he would “lose privileges like free time.” He’s been to the ER twice in two weeks for evaluation. 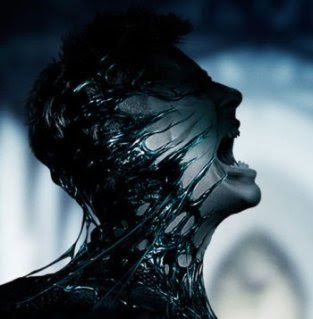 Guilt is a normal state of existence for mothers everywhere, but seeing the depression that’s derailed whole seasons of my life wrap its sticky, persistent black tendrils around my beautiful boy–it weighs like a stone on my heart. And it’s probably no consolation to him, when he says there isn’t anything good in the world for him, or anything good he can give back to the world, that I can look him straight in the eye and say, “I know exactly how you feel right now.” Sometimes, I do things that fly in the face of my own experience–I don’t particularly like or find comfort in being touched when I’m that depressed, but I hold him so tightly as he weathers hurricanes of emotion too big for his little body, and I hope it brings him calm sooner than he would find alone.

Knowing how much he’s like me in other ways is no consolation. He has my resourcefulness. He has my tendency to predict future events based on scenarios played out, like chess games, entirely in his mind. And he has my impulsiveness. Each, on their own, is harmless–even an asset in many situations. But put them together, and I’m left with the certainty that, if he decided now was the time to hurt himself, the best I could hope would be to find him in time.

The options for treating juvenile depression aren’t great, or many. We’ll step up the frequency of his visits to the therapist. We’ll work with him for plans to stay safe in every imaginable contingency; he does well with things scripted out in advance. We’ll spend a lot of time just snuggling on the couch, reading and watching TV together. We’ll work a little harder to keep him in touch with friends and family who love him so much. We’ll watch some “It Gets Better” videos. We’ll build little things for him to look forward to on the calendar for the next few months, and I’ll break myself if I have to to make sure they happen, no matter how I’m feeling.

All these plans, though, are no match for one moment of desperate action. Needless to say, I’m not sleeping much or deeply these days. I’m terrified for my baby; I would be even without any personal experience with depression. But I do have experience. When he says it’s hopeless, he’s only saying aloud something I’ve thought a million times. When he says we’d all be better off if he killed himself, he’s giving voice to a feeling etched in a dark corner of my own heart.

This broken piece of my beautiful boy comes from me. It matches a broken piece inside of me. What remains to be seen is whether my broken piece will be any help filling in the jagged edges of his tattered little soul.