Even the Disney Channel kids are reading it!

Thursday night, I thought I’d get a start on my usual Friday Night Lists post, so I asked friends on Twitter for their suggestions of books that are sexier than 50 Shades of Grey. I freely admit that I haven’t read this bestseller–I’ve read enough excerpts to know that it’s terribly written Twilight fanfic that somehow made its way through the usually stringent publication process when many vastly superior stories sit in Kinko’s boxes, waiting for that big break. The only remarkable fact about it is that, for some reason, it’s now okay to read widely recognized soft porn on the train and at the post office. Not sure why this was the book to transgress that boundary, but there you have it.

The conversation on Twitter rapidly took a far more interesting turn, when I tweaked my question slightly. Rather than just telling me the title of a sexier book than 50 Shades, I asked for my tweeps’ first reading encounter with SexyTimes ™. A lot of these experiences–and certainly my first ones–were inadvertent, and they covered a much broader gamut than I would’ve expected.

Forty years earlier, the books my generation learned about sex from would’ve been confiscated by the government as obscenity, if they even made it into print. And forty years later, I’m not even sure if kids other than mine look things up in books at all. In this unique window, we learned about sex between the pages of books and magazines, fiction and non-fiction, pictures and print.

By the time I started seventh grade, I’d already read Gone With The Wind, not to mention a metric ton of teen romances like Sweet Valley High. And frankly, I’d encountered sex scenes without really understanding much. Sex ed, of course, wasn’t worth much in the mid ’80s. That day the boys went and played dodgeball by themselves in gym class, the girls watched a movie featuring the Broadway cast of Annie, telling us about menstruation. As freshmen in high school, we learned words like “vagina” and “testes,” then watched a video of a baby being born, or what I like to call “abstinence education.” 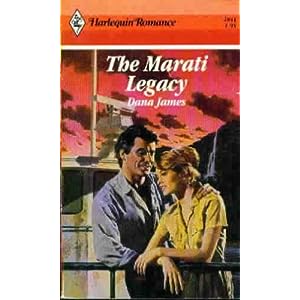 But my real sexual education came courtesy of Harlequin. I found a postcard at the library that said, “Get Free Books!” Naturally, I mailed it in, and soon thereafter, six romance novels arrived in the mail. The first one I read was called The Marati Legacy, and it was about diving for sunken treasure and getting laid. I was riveted.

A lot more of the people I talked with stumbled into their sexual literacy more haphazardly. Scholastic school book fairs have a lot to answer for, apparently–what kind of responsible publisher markets V.C. Andrews books to pre-teens, really? And how many people have to be assaulted by relatives and paralyzed from the waist down before her ghostwriters end their reign of terror?! And otherwise non-sexy books, by authors like Stephen King and Anne McCaffrey, blindsided a number of us with Sudden SexyTimes. Other, more adult books, like Clan of the Cave Bear or Interview With The Vampire, were more openly sexual. Many of those scenes were awkward, horrifying, or weirdly allegorical, leaving kids more uncomfortable and confused than enlightened.

Once we’d twigged on to the basics, though, every reference book could be mined for sexual information. The pages for Encyclopedia Britannia and Grey’s Anatomy entries on the male and female bodies were dog-eared, the anatomical drawings worn faint by the tracing of myriad fingers. Every dictionary had giggleworthy words, and when we’d inured ourselves to the humorous potential of the words in English, we started foreign language classes, with a whole new exotic set of dictionaries and titillating words.

Even the most conservative household still yielded shocking information. Never doubt the Bible itself as a font of sexual information, from graphic and bizarre scenes of rape, incest, and adultery, to the tender but unmistakable eroticism of Song of Songs. The King James Bible was slightly kid-proofed by the impenetrably archaic language, but the intellectually advanced and naturally curious couldn’t be kept at bay for long, and the ’80s brought a wave of new, more accessible translations that demystified many of those passages, even to adults who’d never realized the full implications of the Shakespearean English they’d heard from the lectern.

All in all, I think I may have actually been fortunate to have come to romance novels so early in my life. At least, by the time sex became real for me, I had learned to associate it with love and Happy Ever Afters, rather than cavedwellers or creepy clowns in the sewers.