We were in our local movie theater at 9:30 a.m. this Tuesday, because it turns out that’s the cheapest available time to see a new release movie like The Amazing Spider-Man. I’ve had my reservations about the idea of a franchise reboot so soon on the heels of the last interpretation, but ours is a deeply geeky household, so a new superhero movie was required viewing.

I’d be curious to know how many people in modern American society are unaware of the basic plot of Spider-Man’s origin story: hopeless nerd gets bitten by modified spider, gets spider’s powers, fails to use them for good when he can, consequences lead to tragedy, becomes a vigilante hero as an attempt to atone for his failure. Certainly, it’s a story Connor and Griffin know backward and forward–like their father, they’re walking superhero sourcebooks.

But when tragedy strikes, as expected, in the movie, suddenly I’ve got a sobbing pile of six-year-old on my lap. His bony little shoulders are shuddering, and hot tears soak my collar. I stroke his hair and whisper to him that it’s okay, he’s safe, and I know it’s sad, but it’ll get better, until he slowly uncurls and starts watching again. He doesn’t leave the shelter of my arms until the credits begin to roll.

And this isn’t the first time this has happened recently. 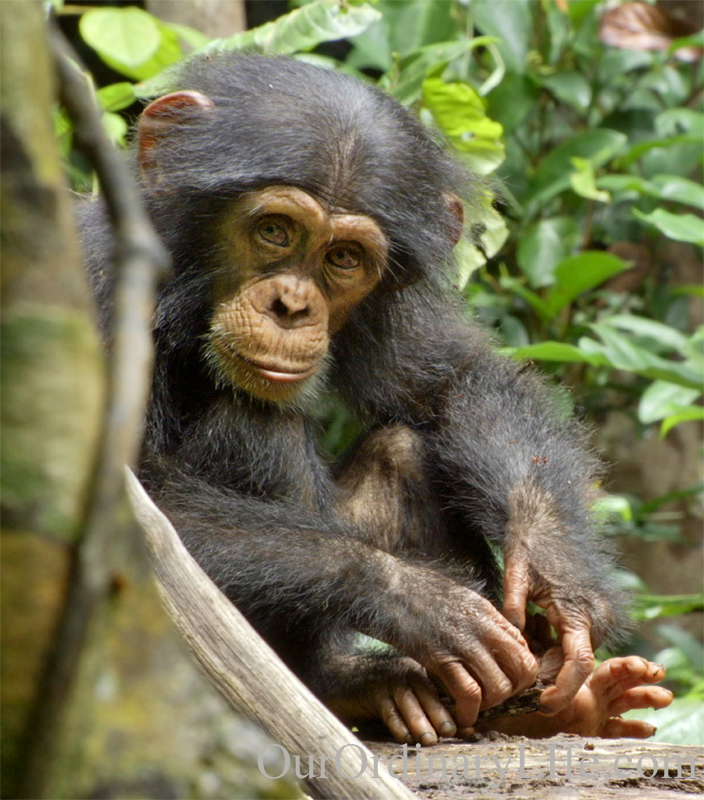 It happened when we went to see Chimpanzee at our favorite bargain theater last weekend. It happened when Claudia and Jamie spent their first lonely night in the Met, as I read From the Mixed-Up Files of Mrs. Basil E. Frankweiler. It’s happened at a variety of TV shows and movies at home.

He starts by telling me, “I don’t like this show/story/movie.” He’s tried to leave the room once or twice, or pick up the DS or iPod for a few minutes of gaming, but mostly, he comes to me and cries. I’ve asked him what’s wrong (though I knew the answer), but he’s only ever once given me a straight answer. “This hurts my heart,” he told me.

The characters’ losses are his losses. Their grief is his grief. Their loneliness and pain, his too. When their hearts hurt, so does his. And, not surprisingly, he doesn’t like it.

To be perfectly honest, this is the first time I’ve really had to deal with this in my decade of parenting. I’m not saying that my boys haven’t felt things deeply before–far from it. The difference with this, I think, is that, instead of the rushes and waves of emotion coming from their own experiences, Griffin’s heart hurts entirely out of empathy, and I haven’t really had to guide a kid through that until now.

I’ve written before about the intensity of feeling Connor experiences. The emotions of both boys are written in the air around them, in big vivid splashes, glowering clouds, and joyful sparkles. They both wear their hearts on their sleeves, and invest their emotions in the people and things that they love. They feel injustice acutely, and react with compassion.

But for better or for worse, empathy is tricky for autistics. It comes from the mind–from knowing and understanding the other person’s situation–as much or more than it comes from the heart. Empathy has to be learned, as much as any other social skill. It may even become reflexive.

I’m having to go back to my earliest years to connect with Griffin’s hurting heart. I got carried away by torrents of emotion at some of the first movies I ever saw. I was younger than two years old when Disney’s Snow White was back in theaters for the periodic re-releases that preceded the availability of home video technology. As the Evil Queen transformed into the Witch (so the story goes), I turned to my mom and grandma and announced very clearly, “I want to go home.” They shushed me, and I repeated again, more loudly and firmly, “I WANT. To go. HOME. NOW.” They took the hint, and I was considerably older before I saw the rest of that movie. When I saw Pete’s Dragon, I was carried from the theater, screaming and crying, as if Elliott was flying away from me personally, not Pete. And I sobbed my little heart out when Baloo the Bear was struck down by Shere Khan in The Jungle Book.

These stories hurt my heart horribly, and not in the way that pre-teen girls sometimes seek out, enjoying the rush of florid emotion that makes them feel more mature. Over the years, these experiences grew into funny stories my family told about what a queer tiny adult I was, burying the memory so deeply that when life hurt my heart that deeply again, I didn’t have that experience–or more importantly, the recovery that followed the pain–to call up for solace.

So I’m holding Griffin’s hurting heart ever so carefully, each time he hands it to me. I’m not going to tell him that it’s just a story, it’s made up, that he shouldn’t feel sad. Stories are practice for real life. I’m doing him no favors by protecting him from sadness and loss; it’s not good mothering to build a bubble of pure happiness and safety around a child. But if I let him explore that feeling, know that it’s valid, and emerge on the other side from the safety of my arms, maybe he won’t run from or swallow the pain when it inevitably comes later.