Friday is the Autistic Day of Mourning, a day to honor the autistic people who have lost their lives to the desperate or careless actions of parents and guardians, or to the crushing weight of the sensory world that seems inescapable by any other means but death.

As long as myths and misinformation are spread about what life on the autism spectrum is like, there will continue to be caretakers who feel that autistics are less than human, and autistics who feel that every door in the world is shut and locked against them. This is my story of those doors and locks, and the keys that turn up in the most unexpected of places.

I wrote this for an event around Mothers’ Day, called Listen To Your Mother. (It may have been too weird for them.) But I really wanted to share these words I’ve crafted, and the occasion to commemorate those who never found their keys seemed fitting. I hope it unlocks something for you, too.

Parenthood is all doors and windows, keys and locks. Change blows them open and slams them shut. Heat and grief swell the frames so they stick stubbornly. Time and anger jam the pins and squeak the hinges. Then suddenly, a word, a fall, a breakthrough, and we stumble over the threshold.

My son’s autism diagnosis was the key to a lock I didn’t even know existed. Kindergarten was rough, rougher than it needed to be. Connor talked as fast as he thought, ideas rushing out so fast his little mouth garbled and stammered over the vocabulary of a high schooler. He knew the names and origins of every superhero and Star Wars character, but related them with so much detail, kids his age gave up and walked away. He struggled to function in the constant noise and color of the classroom, where he could never settle and instead slingshotted among activities and classmates.

The other kindergartners didn’t understand, and responded with cruelty beyond comprehension. Five-year-olds on the bus home at half-day told him they would beat him like a piñata until he broke open. They said they would come into his room and set his bed on fire. They hit him in the face with ice balls until he needed stitches. And I cried as I scrubbed the blood out of his little winter coat, as I held him in the night after dreams that woke him screaming. As I filed the papers to transfer him to somewhere safer.

We got called to a meeting within the first month at his new school. “We’ve noticed some things we’d like to talk to you about,” the counselor said. We feared a repeat of the last school’s message: “Your son is a discipline problem. Fix that.” But in that room with his teacher and a staff we barely knew, they slid a list across the table to us that told the story of our son.

My husband and I laughed. Out loud. It startled the school folks to see parents erupt in gales of hilarity and recognition at an inventory of symptoms. But there it was, clear as day on that paper: every strange, wonderful, frustrating, inexplicable thing that our son did. “It’s okay,” we tried to reassure them. “This is the Book of Connor, the pattern we couldn’t figure out. Until now, we thought it was crap parenting.”

It has a name, they told us: Asperger’s Syndrome. “How wonderful,” we replied. “If it has a name, it’s a language we can learn.” We shook their hands, agreed to meet again soon to talk about how to help him. We thanked them, over and over. “Thank you for giving us the key to unlock our son.” I went to the library, checked out armloads of books, and built a fortress around myself, so I could read us all out of the dark.

But the key we had fit another lock, too. It fit a lock in me, a lock I didn’t know I had. His patterns were my patterns, or had been as a child before I learned to hide or work around them. I saw the world in stories too, and had visions clearer than eyesight from the books where I went to hide. I fixated on things without even trying or wanting to. And when it was too much, only dark and quiet and heavy blankets and the rushing, patternless sound of a fan could steady me on the tightrope again.

His lock, my lock, they’re the same. My son is autistic. I am autistic. We are both autistic together. We share this key, and we’re unlocking doors I never dreamed I would pass down to my child.

Grownups say they wish they knew then what they know now. They have no idea.

My son’s lock is my lock. His key is my key. Every door it opens, it opens for him and me. And I walk that terrible, glorious road of discovery with him again like it’s the first time for us both. 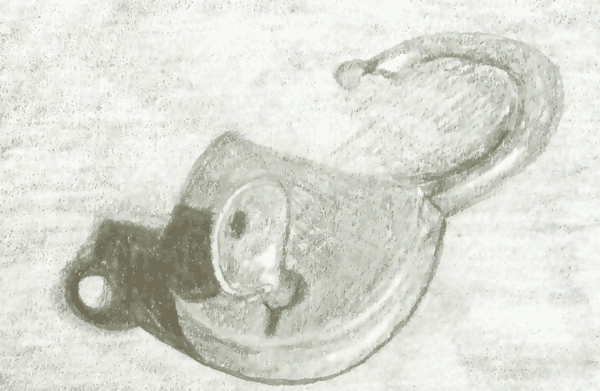